The uncertainties surrounding the evolution of the COVID-19 pandemic and its impact on the global economy are gripping both the people and the markets with fear. A global recession is now the best-case outcome also for JP Morgan while Goldman Sachs foresees the possibility of a second great depression. There are currently few data available. It´s too early to ascertain the damage inflicted to China´s economy, which is still struggling to restart after its economic engine province Hubei grinded to a halt after the city of Wuhan was first put into lockdown on the 23rd of January. The spreading of the virus seems now under control in China, but the economical damage still needs to be assessed.

Italy’s lock-down measures are estimated to have hit tourism and transport activity by 90%, retail by 50%, and factory output by 10% with an estimated impact of at least 10–15% of GDP and likely more.

The cure for the globally sick economy

As far as the sick global economy is concerned, there is only one possible cure to avoid depression. The cure might work, but only if the largest economies are kept shutdown only partially and for a very limited time. Otherwise, the recession might well turn into a deadly depression. Then, as Donald Trump tweeted today, “the cure might become worse than the problem itself.“

How long can the world economies resist in that semi-paralyzed state is anyone´s guess? One month, two months?

The cure is the only one that central banks and governments worldwide can administer to the terminally ill patient: a mix of massive fiscal and monetary stimulus. Basically, more credit creation, more fiat money debasement and monetary inflation, more QE, and this time also “helicopter” money for the people are coming. The digital presses are already turning wildly at the tune of more than US$ 1 trillion — and this is just the beginning. The ECB promised a new QE package worth at least €ur 750 billion. Germany promised €ur 600 billion, Bayern alone over €ur 50 billion. At least Germany can draw from accumulated current account surpluses for the last 20 years.

As I write, the FED announced “unlimited QE” but markets fail to react and fall another 3%.

Deutsche Banks´ Oliver Harvey points out that this is clearly a very different situation from 2008. The 2008 financial crisis was a shock on the demand side, which could be countered by increasing the liquidity in the system. This time, however, we have a supply shock which is morphing into a demand shock. Businesses are closing down not because of a lack of demand but because they are forced to. All the consequences of that forced shutdown, such as bankruptcies, unemployment, spending contraction, will clearly also affect the demand but at a later stage: “ if the government tries to keep spending at levels before lockdowns began, while at the same time keeping lockdowns in place, there will be simply more money chasing after significantly fewer goods and services. The result of this will be inflation and a lot of it.“

Having acknowledged that and the fact that Deutsche Bank is net positive on gold as an inflation hedge, it is however too early to foresee (i) where this liquidity tsunami will flow and what the effects could be and (ii) whether this coming recession might mutate into a depression which might even trigger a “reset” of the current financial system. This is also something that one cannot rule out in such a fluid situation.

Indeed, the world sits on a huge pile of debt. There are no real assets anymore. Today´s financial assets are someone else´s debts and liabilities. You name it, government bonds, municipal bonds, corporate bonds, trillions of mortgages and derivatives of all kinds, the US dollar, the €uro, and all fiat currencies are liabilities. What we call today’s money is just a liability and today´s global liabilities dwarf the world GDP by orders of magnitude.

The IMF might have to intervene and issue more SDRs to inject liquidity. Maybe a global cryptocurrency backed up by real assets such as gold or oil will be created? Who knows what might be the outcome if a new Bretton Woods conference is convened to save the world´s finances from the impending collapse.

However — with so many variables and uncertainties — one should focus on trying to keep things as simple as possible. Then, regardless of all the above, one can be reasonably confident of one thing. Namely that in all cases the coming monetary tsunami will trigger a huge wave of monetary inflation and fiat currency debasement.

In this scenario, in different ways, equities, gold and bitcoin will all play a key role in protecting your wealth.

How gold and bitcoin can perform in that scenario?

There was ground to be positive on gold all along, even before the beginning of the crisis. After that, even more so. When referring to gold one should only consider physical gold as an asset. All the rest is just paper gold. Things such as futures, ETFs, unallocated accounts, etc. are liabilities, plus they have counterparty risk. As I write, gold sits on the daily timeframe above the 200MA at US$ 1540. Better still in €ur at 1430 well above the 200MA, still painting a bullish picture despite the late drop which briefly violated the 200MA.

Gold has been also liquidated in recent market crashes and not surprisingly. The reasons are well explained by Macrovoices in this podcast, which I recommend you to listen to better understand how the complex interactions between the liquidity crisis in the eurodollar market and gold swaps/leases can affect the price of gold in the short term. More simply, in a liquidity crunch like the current one, who owns gold and has to meet margin calls on losing positions is forced to sell. Also if one does not own gold and faces liquidity problems, it can borrow the gold on the market and sell it without regard to the price in order to raise liquidity, with the advantage that the lower the price of gold goes after the sale, the cheaper will be to buy it back later to return it to the lender while pocketing any positive price difference. Those so-called “gold-pukes” always happen at times where the market is the most illiquid and cause a cascading effect by triggering stop-loss orders at key levels.

During the 2008 financial crisis — from the days of the Lehman collapse in September 2008 — gold dropped well over 20%. But when it became clear that the cure would be a monetary avalanche, QE “whatever it takes,” gold rallied for over 2 years appreciating from US$ 700 to the historical high of US$ 1.921 on Sept. 6, 2011.

Also this time, with the coming monetary tsunami, gold will do its dirty job well and might well set new historical highs. However, lower prices — if the liquidations and the liquidity crunch persist — cannot be excluded, and they will be excellent buying opportunities.

Now on to bitcoin.

Bitcoin is clearly a much more volatile and speculative asset than gold. It is, therefore, more correlated to risky assets. As I have expressed in various articles, it is, in my opinion, a great store of value but not for every occasion. It is an effective hedge against monetary debasement and offers unparalleled protection against confiscation and coercion, it is portable, and it can be easily hidden.

As an example, starting on the 14th November 2018 until 14th December 2018, bitcoin crashed 50% together with equities, while gold was substantially unaffected. Before the drop, I have warned in this article of the possibility of a further drop in price “ because many funds are deep in the red at this juncture, one can expect that they will be compelled to liquidate their assets by year end. This could possibly cause the crypto market to drop lower before it can start trading higher. Definitely something worth keeping in mind.”

The current drop from US$ 9.000 to 6.200 (-30%) was unexpected also for me, but it did not really surprise me since there are many analogies with the 2018 drop. Institutional investors — which are now much more invested in bitcoin than ever before — have been selling everything to go to cash before repositioning when it will become clearer what will happen with this crisis.

Now, day after day, it becomes apparent that the only possible response by the authorities — while all the other variables remain unknown — will be to throw an enormous amount of digitally printed “money” to the markets. That´s a good enough reason for me to be very bullish also on bitcoin.

Technically though, the picture has substantially deteriorated, especially in the daily timeframe. It would be good to see bitcoin back quickly to the 200MA, around US$ 9.000, and hold that support level on any pullback before resuming the uptrend.

The fact that the macro environment for bitcoin is very bullish does not mean that it might not well drop again to the US$ 5000–4000 handle if the tensions on financial markets persist. I note, however, that the most recent price action (on 23rd March 2020), the day in which the FED announced unlimited QE, seems not to have calmed investors. While the S&P 500 loses 3% though, BTC/USD is up 10%, and gold/USD up 3,6%. This might mean that weak hands have been shaken out, and hodlers/bulls are back in control.

Binance´s CEO Zhao has explained in this blog post, how he sees the situation so far.

One final consideration in favour of bitcoin vs gold in this particular scenario.

Should the spreading of the virus not being quickly contained and should pervasive global shutdowns not being revoked shortly in matters of weeks, the risk of a global depression for the largest economies might become reality.

A depression scenario might trigger a “reset” of the current monetary system with governments forced to pledge real assets. What those “assets” would be is yet impossible to say. Maybe more liabilities — rather than assets — such as IMF SDRs. Or maybe a new global cryptocurrency backed up by real assets such as a commodity portfolio and gold ( the crypto version of Keynes´ bancor?)

In all such cases, physical gold will be in shortage. Governments might not have enough, and they might have to resort to confiscation like they did a number of times before in history (see the Table below n. 9 Security/Risks. Table is taken from this article here).

If that scenario is clearly bullish for gold — despite the risks of confiscation — it is even more so for bitcoin, which holds additional key features such as unlimited portability, resiliency to coercion and to confiscation, and can be easily hidden. With border controls, travel bans, and possibly capital controls coming, bitcoin still has unmatched advantages.

Legal Disclaimer: The website and the information contained herein is for general guidance only and it does not constitute legal advice. As such, it should not be used as a substitute for consultation with lawyers on specific issues. All information in this paper is provided “as is”, with no guarantee of completeness, accuracy, timeliness or warranty of any kind, express or implied.

Photo by Todd Turner on Unsplash

Could COVID-19 boost the tokenization industry?

How the Corona Crisis Has Shown Us That we Need Bitcoin, Ether & Co. 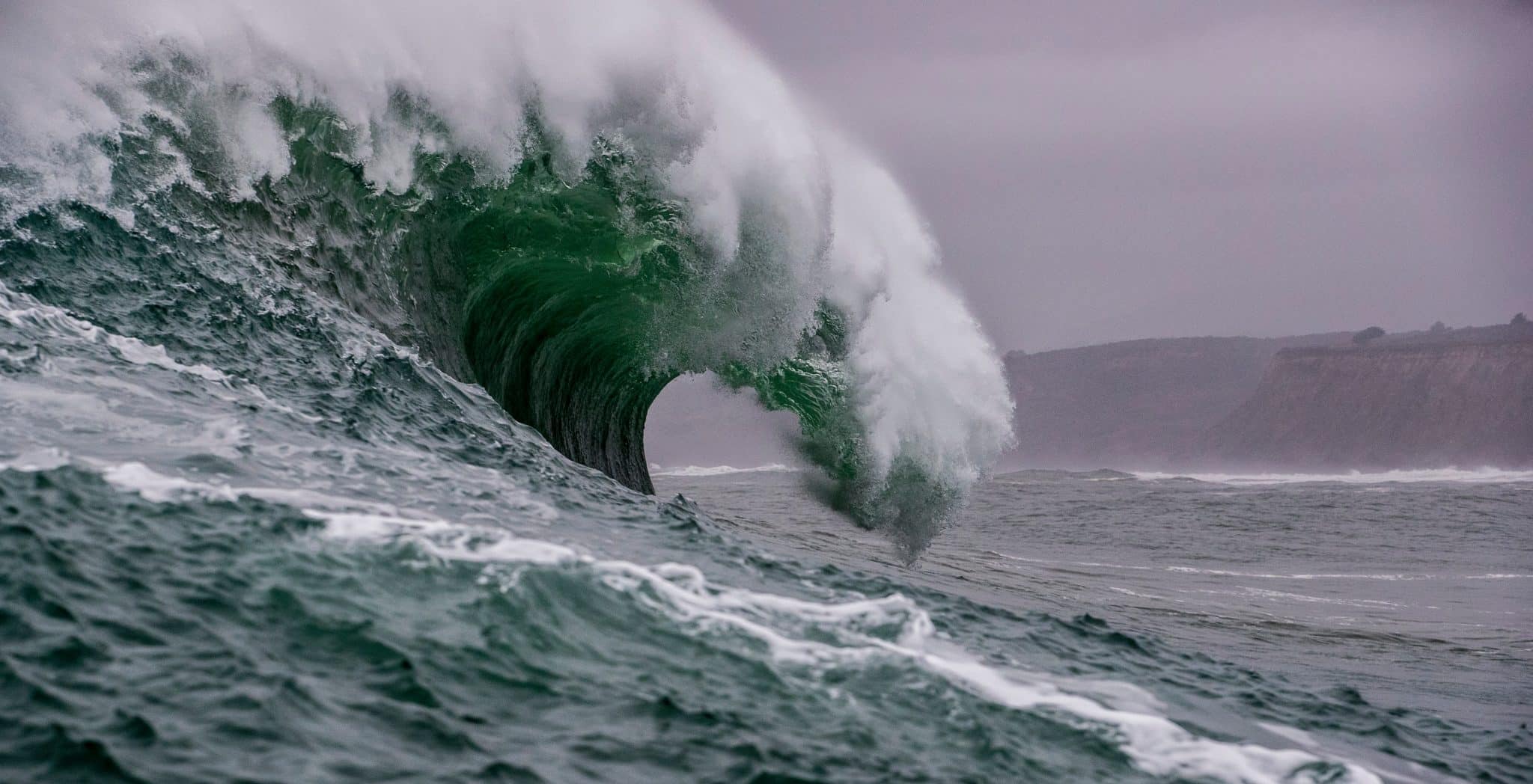 Tags:
Previous Article
Tokenizing All Assets and Blockchain 3.0
Next Article
The industry is unstoppable – the list of benefits is too long