When NFT meets the art world

– An interview with the Danish artist Jonas Kasper Jensen

NFTs have become the talk of the town not only in the blockchain and tokenisation space but also in mainstream media around the world. Several recent events helped to create this sudden attention.

Christie’s announced the upcoming sale of the NFT work The First 5,000 days by the artist Beeble. The work consisting of 5,000 so-called ‘everydays’ was put up for sale online on February 25, and the final sales price by the closing of the auction on March 11 was an astronomical 69 million dollars.

Last week the blockchain company Injective Protocol made a happening in which they bought and burned a drawing by the famous street artist Banksy – after creating an NTF version of the work.

These and other events recently raise lots of questions about technology and art and the potential collaboration or clash between the NFT community and the established art world. In this interview, the Danish artist, Jonas Kasper Jensen, tries to look into some of these questions and explain all the fuss.

Jonas Kasper Jensen studied at The Royal Academy of Fine Arts, Copenhagen, and at Städelschule, Frankfurt. He is working with painting as well as digital art and music. He tokenized his first piece of art in 2019.

It seems as if suddenly NFT’s have become extremely hot. What is happening?

I think there are two primary explanations for this. The first and most straightforward explanation is speculation, and I think to some degree that this is the case. Some collectors have literally become millionaires overnight by buying the right NFT at the right time. This has triggered a situation where lots of new collectors and artists want to experience the same luck. But I also think there is a more genuine story to it. Some of the artists that sell for high price tags were already highly respected before they began tokenising works, and lots of them have been creating digital content that they could not monetise from before the technology made it possible for them.

The demand for owning a part of the internet history in the shape of memes, gifs and digital creators’ works has been enormous, but since one could not own a public digital file easily before the NFT-technology, the content creators could not benefit from this. What we see now can be understood as a big wave that catches up on a huge demand that was always there.

So this has been under development for quite some time?

The movement around tokenising works of art has had a solid foundation for some years. The new thing is that the public has become aware of the phenomenon, and I see it as a healthy sign that an established institution like Christie’s has now put the first tokenised digital work up for sale.

Some months ago, I would have had a hard time explaining why artworks that were tokenised should be treated in the same way as all other art forms, but I do not have a problem explaining that after this auction because the NFT technology has now been accepted as a valid way to preserve and present art.

You are working both as a painter and a digital artist. How and why did you become interested in digital art, blockchain and NFTs?

I stumbled upon blockchain technology in late 2015 while researching alternative monetary systems for an exhibition. I immediately saw the technology’s potential and began to implement my interpretation of the philosophy behind the technology into my artistic practice. My first attempt to discuss the technology was with STRING, a conceptual painting piece that I am still working on. With STRING, I paint a painting every month that reflects on my current understanding of the technology.

I had a lager show called ‘Plasma in DEX garden’ at Basis Frankfurt am Main in 2018 but back then, nobody understood what I was talking about. Now I work on tokenising the entire 67 pieces that the STRING collection consists of today. In early 2019 I began to make NFTs at the platform Superrare and have since tokenised something like 300 unique works on Ethereum, Vechain, Avalanche and FLOW blockchain. It’s been some productive and incredibly inspiring years.

Simply using a new technology like NFT that enables you to prove authenticity and provenance doesn’t make you a good artist. Do you expect to see a kind of clash between this new NTF movement and the established art scene?

Yes, definitely. I think we already see this clash. With all the money that steams into the NFT industry, tons of content creators have also arrived that are not artists and sometimes only are in the space to grab some fast bucks. Some do not even make works themselves but hire artists and graphic designers to create ‘fake’ profiles for them with works they can tokenize and sell. That can be confusing, and it can be tough to distinguish hyped rubbish from genuine works of expression. But I think it is important to stress that NFTs can be everything a digital file can be and that they do not only have to be digital art objects. Right now, I would say they are to the contrary. Memes, graphic images, and collectables, for example, are the most traded NFTs. The traditional art world will eventually enter the space, but there needs to be a better infrastructure in place for this to happen.

What do you mean by infrastructure?

By infrastructure, I mean platforms that focus on the more traditional values of art, like a platform that would incorporate some curation mechanism into the code or create artist profiles that could include artist CVs and make it easier for collectors to understand an artist’s background. Today, most NFTs are created by anonymous profiles, and there is no common best practice when collectors research a given work.

How do you interpret the recent happening with the NTF fans burning a Banksy drawing?

As I understand it, the idea was to initiate a conversation about the relation between NFTs and physical art. The practise of burning the physical object after tokenizing is not new in the NFT space. You can find it, for instance, on the platform Cryptograph.

I think you can see it in three ways. One would be to distance yourself from it because it stems from a violent act that would have tremendous consequences if the NFT community burns canonical art works and seems like an unnecessary action since the NFT industry is already highly accepted. Another would be to see it as a discussion about what art is, how we

value it and how we should deal with it in an increasingly digitised future. Finally, a series of video images of the actual burning have been tokenized in editions on the NFT platform Rarible, so getting in on the NFT boom and monetising from it could also be a driving factor.

Watch the report by Inside Edition from the October 2018 Sotheby’s auction when Banksy’s artwork “Girl with Balloon” was up for sale and after selling automatically started shredding itself. After the happening the artwork was renamed “Love is in the bin” by Pest Control who represents anonymous Banksy.

Did this happening make any sense for you as an art statement? Of course, there was an apparent reference back to Banksy shredding his own piece Girl with Balloon recently at an auction, but is this new happening as interesting artistically?

To my understanding, Injective Protocol, who was behind the event, said that they wanted to create a connection between physical art and NFT-art. To me, the provenance use case, how to record the history of a given artwork on an NFT and thus to make connections between physical art and NFTs, is an exciting and important use case for NFTs and one that does not get the same attention as the tokenisation of works of art that are already digital.

This might already happen naturally, though, if the artists who would typically work with physical works would turn their production towards digital art because of the new option of making a profit. I see the possibility of making digital art scarce and creating provenance for physical works of art as a new toolbox that opens opportunities rather than violently confronting legacy systems.

How do you expect the NFT technology to influence the art scene in the future? I mean, now that you can produce and sell unique digital works?

I think that we will see a new generation of digital artists. Many artists have wanted to work in digital mediums for a long time but have not been able to because it has been hard to sell digital works. Now that it can be lucrative to create and sell digital works, some artists will follow this trend and create digital works. In the end, it is a matter of resources. The more artists that can work in a particular medium and do not have to do something else to earn a living, the more this medium will develop. I would argue that this is an opportunity for a digital revolution in the arts.

DeFi and tokenization together reshape the financial system 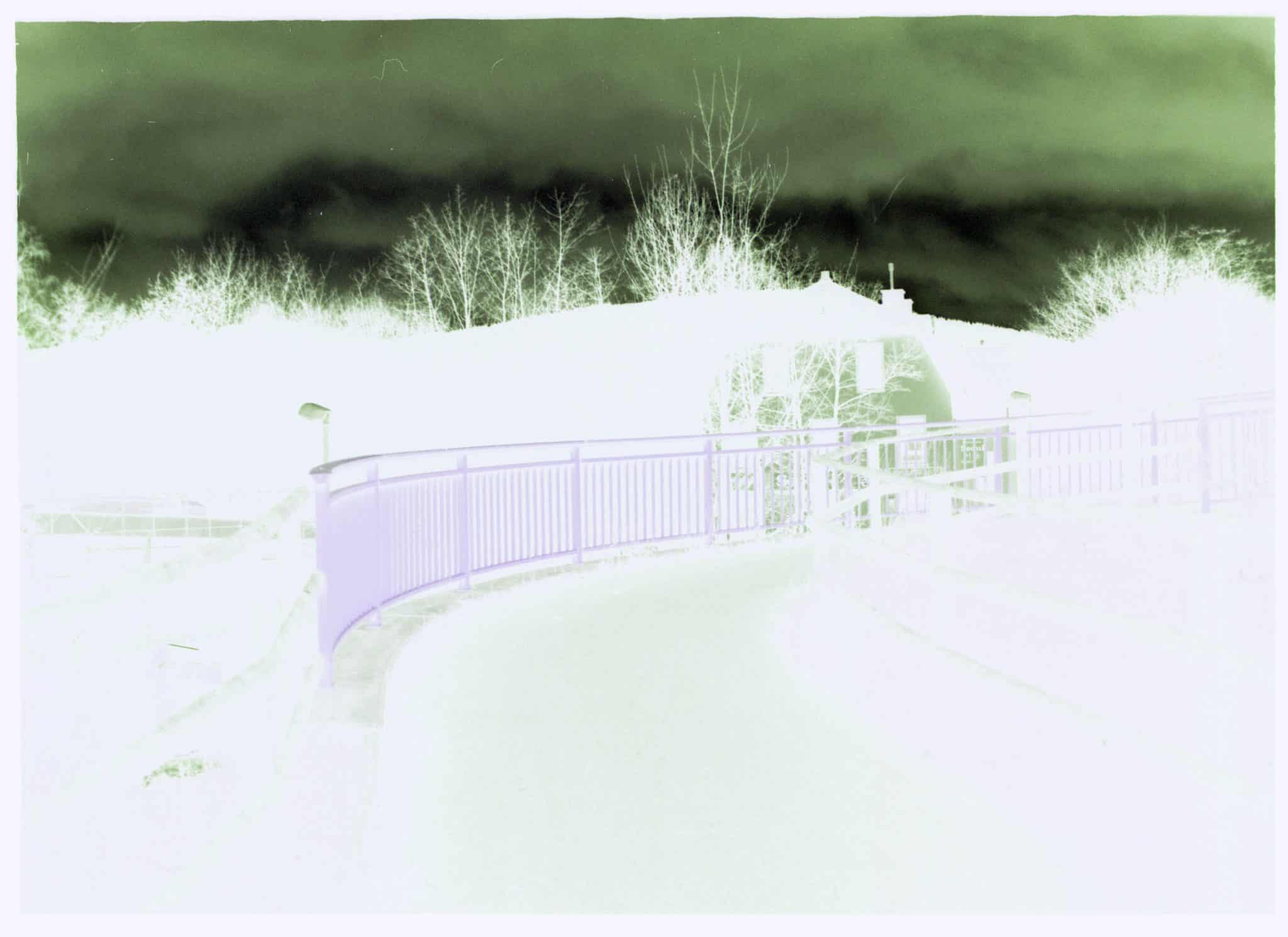 PreIPO to participate in $250M fundraising round for SPiCE II as SPiCE I named Top VC fund of 2022 in Blockchain Ecosystem
INX announces the launch of new book, The INX Way
Deal Box Launches Venture Arm to Invest $125M in Foundational Web 3 Technologies
Change is on the horizon: should Europe develop into a Token Economy?

This website uses cookies to improve your experience while you navigate through the website. Out of these, the cookies that are categorized as necessary are stored on your browser as they are essential for the working of basic functionalities of the website. We also use third-party cookies that help us analyze and understand how you use this website. These cookies will be stored in your browser only with your consent. You also have the option to opt-out of these cookies. But opting out of some of these cookies may affect your browsing experience.
Necessary Always Enabled
Necessary cookies are absolutely essential for the website to function properly. These cookies ensure basic functionalities and security features of the website, anonymously.
Functional
Functional cookies help to perform certain functionalities like sharing the content of the website on social media platforms, collect feedbacks, and other third-party features.
Performance
Performance cookies are used to understand and analyze the key performance indexes of the website which helps in delivering a better user experience for the visitors.
Analytics
Analytical cookies are used to understand how visitors interact with the website. These cookies help provide information on metrics the number of visitors, bounce rate, traffic source, etc.
Advertisement
Advertisement cookies are used to provide visitors with relevant ads and marketing campaigns. These cookies track visitors across websites and collect information to provide customized ads.
Others
Other uncategorized cookies are those that are being analyzed and have not been classified into a category as yet.
Save & Accept
5 Shares
X
Share via
Facebook
Twitter
LinkedIn
Mix
Pinterest
Tumblr
Skype
Buffer
Pocket
VKontakte
Parler
Xing
Reddit
Line
Flipboard
MySpace
Delicious
Amazon
Digg
Evernote
Blogger
LiveJournal
Baidu
MeWe
NewsVine
Yummly
Yahoo
WhatsApp
Viber
SMS
Telegram
Facebook Messenger
Like
Email
Print
Copy Link
Copy link
CopyCopied