One model to regulate all tokens

In this new series of articles on security token regulation in crypto-friendly countries around the world, we will start by visiting Liechtenstein’s token act and mainly focus on the country’s innovative Container Token Model.

Regulatory uncertainty has, for a long time, been one of the main barriers for the security token industry to take off on a large scale.

However, a lot of positive things have happened recently in crypto-friendly jurisdictions around the world – like Singapore, Hong Kong, Malta, Germany, Switzerland, and Liechtenstein, to mention a few. And in the coming months, The Tokenizer will take a closer look at the different regulations in those countries.(1)

Liechtenstein – three years ahead of the main field

Still, in this article, we will revisit Liechtenstein (see earlier articles about security tokens in Liechtenstein here) and focus on their Token and TT Service Provider Act (TVTG), and especially on the development of a new token model called The Token Container Model.

The Liechtenstein token act (TVTG) came into force in January 2020 after three years of preparation, and the small alp country gained international attention first of all for a welcoming attitude towards both general blockchain technology and asset tokenization. But Liechtenstein also stood out early on because of its thorough attempt to make the new act technical neutral and as independent as possible of changing technologies.

The Liechtenstein government explains in the Report and Application of the TVTG that “it is essential to draft a law abstractly enough to ensure that it remains applicable for subsequent technology generations. That is why the term “transaction systems based on trustworthy technologies (TT Systems)” is used for blockchain systems in this law.

The same approach goes for the term ‘token’. Instead of regulating each type of token separately – like payment tokens, utility tokens, stablecoins, and security tokens – the Liechtenstein act operates with a relatively high-level and abstract token definition that a token is:

“a piece of information on a TT System which: 1) can represent claims or rights of memberships against a person, rights to property, or other absolute or relative rights; and 2) is assigned to one or more TT Identifiers.”

The regulation applying on a given token depends on  the claims or rights that are attached to the token. To make that individual legal judgement of a specific token, Liechtenstein has developed a model called the Token Container Model which allows for any existing kind of token as well as tokens that haven’t even been created yet to be analysed and evaluated.

The fundamental idea is to create a model that consists of two independent but collaborating elements — partly the container  as described in the basic, technology-neutral, token definition, and partly the specific content of the container, which changes depending on the features and qualities of the particular token.

Dr. Thomas Dünser, Director of the Office for Financial Market Innovation, Government of Liechtenstein, explains the motives for The Token Container Model at the time of its creation three years ago:

“During our internal blockchain working group discussions, we agreed that the scope of the token act should not be limited to regulating specific categories of tokens like Bitcoin or security tokens. The scope should be on the entire future token economy, and that called for a new and highly flexible token model. We started working on the regulation concept including the model in November 2016, and half a year later it was ready to be sent to the Primeminister.”

Thomas Dünser explains that by using the token container model, any relevant application in the token economy can be covered:

“We could have made a separate regulation for each existing type of token, but that approach would not have been open for innovation. So, to gain maximum flexibility, we separated the content from the container,” says Thomas Dünser and continues:

“The challenge is always the same for every token; we have the civil laws questions about what is a token? Can it be transferred? And what are the legal consequences of the transfer of the token? These fundamental questions are the same for every application in a token economy – no matter if it is bitcoin or security tokens. But on top of that, we have the innovation part: with the basic token definition, the container can be filled with any claims and/or rights. This means that if a security is represented in a token, security laws apply. If a financial instrument is represented in a token, financial market laws may apply , and so on.”

Even in the case of tokens with no attached claims or rights the token model still works. A cryptocurrency like Bitcoin is an example of such a token that would leave the container empty since Bitcoin “only accrues an intrinsic value through the rules of the system in order to function as a means of payment.”

The role of the Physical Validator

While the introduction of the token and the token container model into the legal system  are probably the primary news of the Liechtenstein token act,  other innovative elements  deserve to be highlighted as well. One is the new role of the ”Physical Validator”, and the other is the introduction of ‘uncertificated rights’.

As a token in the form of a piece of code starts representing ownership rights over real-world assets, it raises some tricky questions. If, for instance, you invest in a token representing a fraction of a Warhol painting, how can you be sure that the link between the claimed ownership rights of the token and the actual physical piece of artwork is at any time genuine? If, for instance, the painting is supposed to be kept in a vault somewhere, how can you be sure that it hasn’t been moved? How do you know that it hasn’t been resold or stolen or destroyed by fire or flooding? How do you know that only people with legitimate rights have access to the vault and the painting?

Trustworthy answers to these basic questions are pivotal for the security token industry. And consequently, the blockchain act working group led by Thomas Dünser came up with the Physical Validator. Thomas Dünser explains:

“The responsibility of the physical validator is to ensure that the rights represented by the token are always valid. It’s a role created to increase the efficiency of the token economy.”

To become a physical validator, private companies need to apply for a licence at the FMA (Financial Market Authority). No licenses have been issued so far, but several applications are in preparation at the moment.

Yet another element of the token act conductive to ease the development of the token economy is the introduction of uncertificated rights related to the issuing of securities represented as security tokens.

Not that long ago, all securities were still issued or materialised on paper in the form of certificates, and to prove your ownership right of a particular asset you needed to possess the physical paper certificate (the securities certificates were a so-called financial bearer instrument, meaning that whoever owned the document also had the ownership rights of the attached asset).

As digitisation came along, it became increasingly evident that paper certificates were about to become obsolete, and the digital dematerialising and direct book-entry of securities that started already in the 1960s have now been standard practice in most jurisdictions for more than a decade.

However, yet a new development has started based on the introduction of blockchain technology, and the latest trend is to allow uncertificated rights represented by security tokens to be registered in a distributed ledger, or as the Liechtenstein token act calls it, a TT System. Thomas Dünser explains:

“Specifically, regarding security tokens, we wanted to improve the efficiency of the process of both creation and transfer by allowing the use of a TT system to register uncertificated rights. This is a good example of how the physical world and the virtual world can convert and create solutions that are both more innovative, efficient and secure.”

Limitations of the token act

Even though the Liechtenstein token act immediately opens up a lot of new possibilities, it does not overrule the existing law of the country. If the government isn’t ready yet to allow for the new scheme of rules to be integrated into a particular legal area, there will be no tokenization of assets that legally belong to this area.

A concrete example is the tokenization of property – a piece of land – within the borders of Liechtenstein, which will not be an option unless the government decides to adjust the existing law of property.

“Our property laws are written long before the era of blockchain. They refer for example to a public register controlled by the public administration. All legal actions, like the creation of a lien, are interconnected with this register and are subject to strict formal requirements. If you want to tokenize property in Liechtenstein, we first must adopt all formal procedures to tokenization and – hence – clarify all legal consequences,” says Thomas Dünser and continues:

“This goes for other applications too, and it will be the same in other countries. Aligning the new and the traditional legal frameworks will be an ongoing process, but now with the blockchain and token act it is, in fact, possible.”

Liechtenstein to inspire other countries

Being one of Europe’s legal frontrunners on blockchain and token economy, Liechtenstein has gained a lot of attention and managed to attract a relatively large number of blockchain companies and companies that want to conduct STOs. But other countries as well look at Liechtenstein for inspiration, and Thomas Dünser is pleased about that:

“A lot of countries have contacted us and asked about the blockchain act  and how we have managed the process. They too want to push this topic further, and we are happy to inspire them because we want everybody to grasp the potential of the token economy and to understand the necessity of legal clarity in this highly promising field.”

1. Just a couple of weeks ago the EU Commission published Proposal for a Regulation of The European Parliament and of The Council on Markets in Crypto-assets – MiCA. Even Though MiCA does not apply to security tokens it is highly encouraging to see how visionary and innovative the EU Commission is in its overall view on the future of the token economy.

Photo by niklas schoenberger on Unsplash 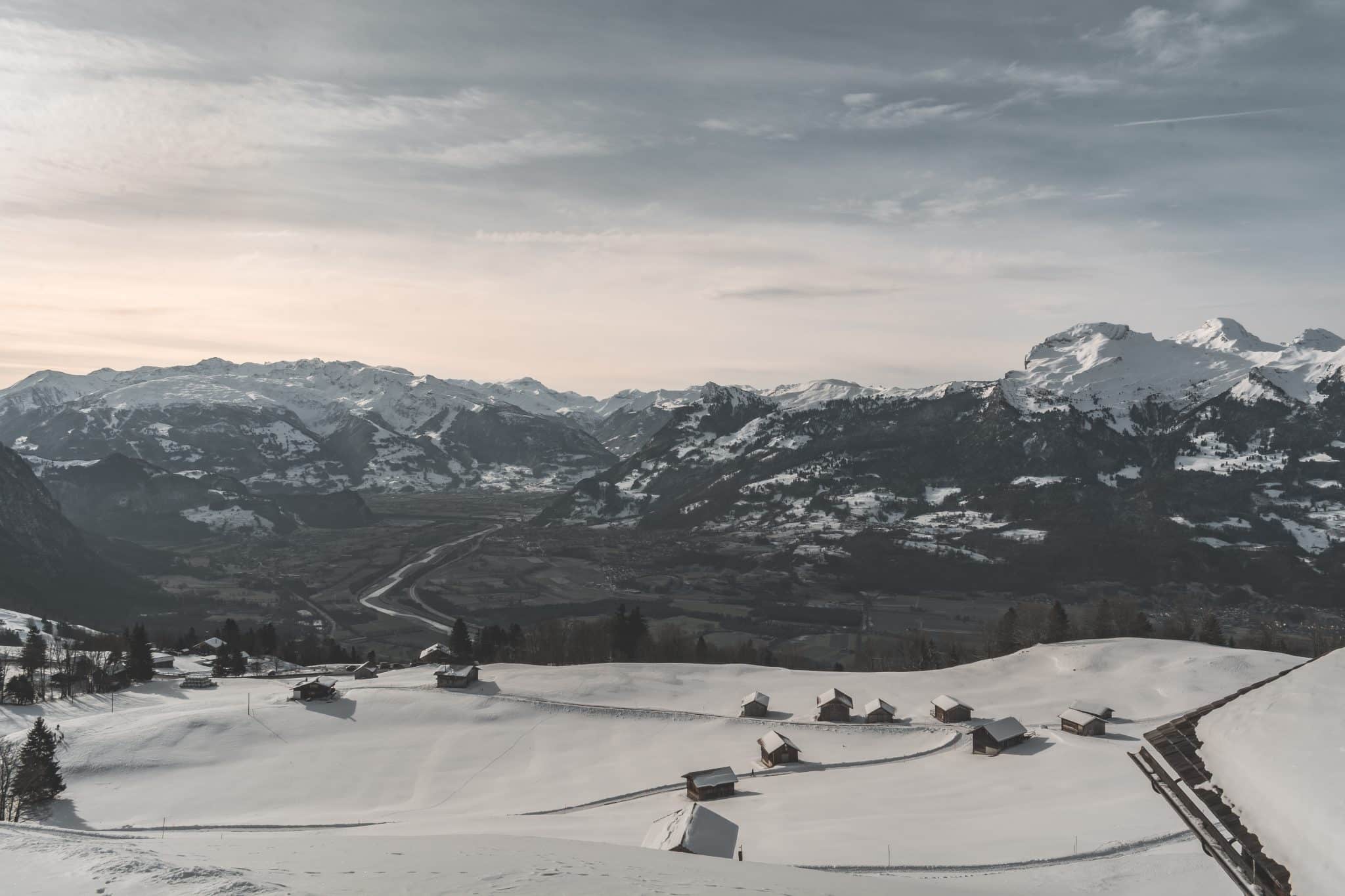