Blockchain technology might be a precious gift to global society, but if the recipients are unable to open it and use it in real life, it will never take off the way it deserves. This rather obvious statement is a reminder of the importance of a discipline – UX design – that in itself has nothing to do with blockchain, but ideally should be integrated into any development project from a very early stage.

In this interview, we talk about the importance of UX design with Brazilian Alexandre Van de Sande, who is a long-standing UX designer at Ethereum responsible for – among many other things – Ethereum’s highly acclaimed Mist browser.

Michael Juul Rugaard (MJR): I want us to focus primarily on design and UX in this interview, but since you are part of the inner circle of Ethereum and have been deeply involved with Ethereum projects for more than five years now, and since I know that you have some clear views and opinions on the overall development of the space, I would like us, for a start, to talk about the current state of play in blockchain technology and the token driven economy. To put it simply: How far have we come, and where we are now?

Alexandre Van de Sande (AVS): Well, it’s funny because on the one hand we have come a lot further than most of us expected at this time. But on the other hand, we haven’t come far enough at all. Words like blockchain, cryptocurrencies and tokenization are not weird, strange words anymore, right? It’s not weird anymore to hear even a central bank or a huge traditional financial system talk about blockchain or to find that some sort of project is using tokens and blockchain technology. And that is fantastic. On the other hand, though, it doesn’t seem like we have reached the wider audience that we want to start using token and blockchains. Besides, maybe Venezuela where people were panicking and needed a way out, it is very rare to see the more common audience using blockchain and tokens. And when they do it is most often about speculation.

"Well, it's funny because on the one hand we have come a lot further than most of us expected at this time. But on the other hand, we haven't come far enough at all." @avsa Click To Tweet

The next step that I look forward to, is when people start experimenting for instance with tokenization of social economies – not as something where you are speculating, but just as another incentive mechanism for social interactions. Like tokens acting as an incentive mechanism for a given social network or a given social group. In Ethereum, we want to build a structure for this in a different way through a very large variety of market mechanisms where there is a lot of incentives and a palette of tools that you can pick to build your social community. So that is where I am mostly paying attention now.

MJR: And what are the main obstacles along that way?

The challenges of smooth onboarding

AVS: One of the most important barriers is about finding efficient ways of onboarding users with no or very limited knowledge of blockchain technology or anything related to the crypto space. I am a designer in the space, and I came in when there were very few designers that even understood what the blockchain thing was all about. I have done what I could to push in the right direction, and after five years I am happy to say that many great designers are entering the space now, and we see a lot of experiments on the design front.

I am invited to a lot of conferences in the space, and nowadays on the conferences, if there is not an entire track of UX design, there is at least one or two talks about the importance and ability of good design, and this goes to show that companies in the blockchain and crypto industry today know that even if you have the best possible protocol you still need to carefully consider the UX design and find the right ways to easily onboard you users. I am very happy about the increased attention on UX design in blockchain over the last years.

MJR: Could you give an example of this new and increased awareness?

AVS: For instance, I got this Burner Wallet printed on paper [see photo] from Austin Griffith. The idea is that you organise a social event or a party and give away those printed cards to the guests. All they need to do is to point their cameras at the cards and right away they are onboarded in this case as users of the Burner Wallet. You don’t need to install anything, just point your camera at the card and it takes you to a website that does all the work for you. It creates your wallet and a private key, and it takes care of the onboarding process.

MJR: What are the working process like when the teams at Ethereum are developing new projects?

AVS: Often what happens is that a developer says: “Look, this is the project I am building, I am very excited about it.” Then we try to download it, try to use it, and often we as UX designers say: “Look. I understand what you are trying to do. Let’s see how we can help you improve this and make it work for the users too.”

Mostly, we are the first persons outside a narrow group of developers to see the product on a very early stage, and it often helps them a lot to get this outside view on their work. It is often about simplifying information and skipping unnecessary steps. We say something like: “Okay. Is this step necessary at this part? Can we skip this step? Put it back there?” And then the developer pushed back and says: “No. I can’t skip this step because of a, b, and c.”

Today, most developers realise the importance of UX design, so it is not a question of understanding anymore, but more about how much priority you put on design, and how much resources you allocate. It is important to integrate design as early as possible in a project and make designers and developers understand each other and work together.

"The problem with standards is that you want to standardize something that nobody is using, but nobody is using it because it is not a standard, but with the Mist browser we managed to solve this inherent problem." @avsa Click To Tweet

AVS: When the Mist project first came along, the initial task was to build a wallet that a newbie user would be able to run. They should be able to take their private key, take their preset wallet and import and use it. And that was sort of how we started building the Mist browser.

MJR: When was that?

AVS: Around four years ago, in 2015. And I think we were very successful, because, for a long time, our wallet was the first to do a bunch of new things. One of them was that this wallet launched the ERC-20 token standard which quickly became the de facto standard of the token market. The problem with standards is that you want to standardize something that nobody is using, but nobody is using it because it is not a standard, but with the Mist browser we managed to solve this inherent problem.

Fabian Vogelsteller was the main developer of the wallet back then. And what he did was to write the ERC standard, and at the same time, as he published his suggestion, we released a new version of the wallet that enabled you to do a few new things. One of them was that you could add any token that was available on Fabian’s ERC standard. The second thing was that you could now create your own tokens, and we would guide you all the way through the process until the tokens were created, and you could start sending them to people.

In the beginning – and for quite a long time –  that was how you used tokens. You would just send people an address and say, “Hey. Add this, and then I can send you tokens.” And because of that, the Mist wallet itself became a whole ecosystem, because you could use the wallet to create tokens, to use tokens, to send tokens, to receive tokens, to do all those things. And actually, I believe that the first ERC token ever was a token that we created in the Mist wallet. We just called it the Mist token and we just gave it away to people, so that we could try it out. In fact, a bunch of the standards that were launched as part of the development of this early wallet are still used in Ethereum today.

MJR: This is a piece of blockchain history, interesting! If we fast forward to the present time, can you tell me, what you and your Ethereum team are working on currently?

AVS: The Mist team is trying to switch its own goals into being more about usability, user experience and front-end helpers for the Ethereum foundation of the whole. Personally, I am working a lot on optimisation of onboarding processes for users. I am working with new architectures for apps where the users don’t need to have any Ether and don’t need to install Metamask or download anything to get onboarded.

"Sometimes you will have to change a relatively simple system and add more complexity just to achieve more simplicity for the users." @avsa Click To Tweet

MJR: Do you have any golden rules for excellent UX design that you want to pass on?

AVS: One rule of thumb is that you should never mistake a simple interface with a simple backend. In order to design a simple and highly user-friendly interface, you often need a lot of complexity in the background. As a matter of fact, sometimes you will have to change a relatively simple system and add more complexity just to achieve more simplicity for the users.

MJR: Any other piece of design advice?

AVS: Well, one more universal rule of UX design: Do visibility studies, always! And I don’t necessarily mean hiring ten people for advanced testing. Sometimes, all you need is to show your app to a couple of people who have absolutely no idea of what you are working on. Without explaining anything have them go through all the hoops, and I swear to you, I have never been to a single user visibility session without a palm to the forehead-moment where the developers go like: “Oh. How could we miss that?” Because at some point, the user does something totally unexpected that makes complete sense for him or her. So, the very simple point is: Never take anything for granted; always include your user.

"At some point, the user does something totally unexpected that makes complete sense for him or her. So, the very simple point is: Never take anything for granted; always include your user." @avsa Click To Tweet 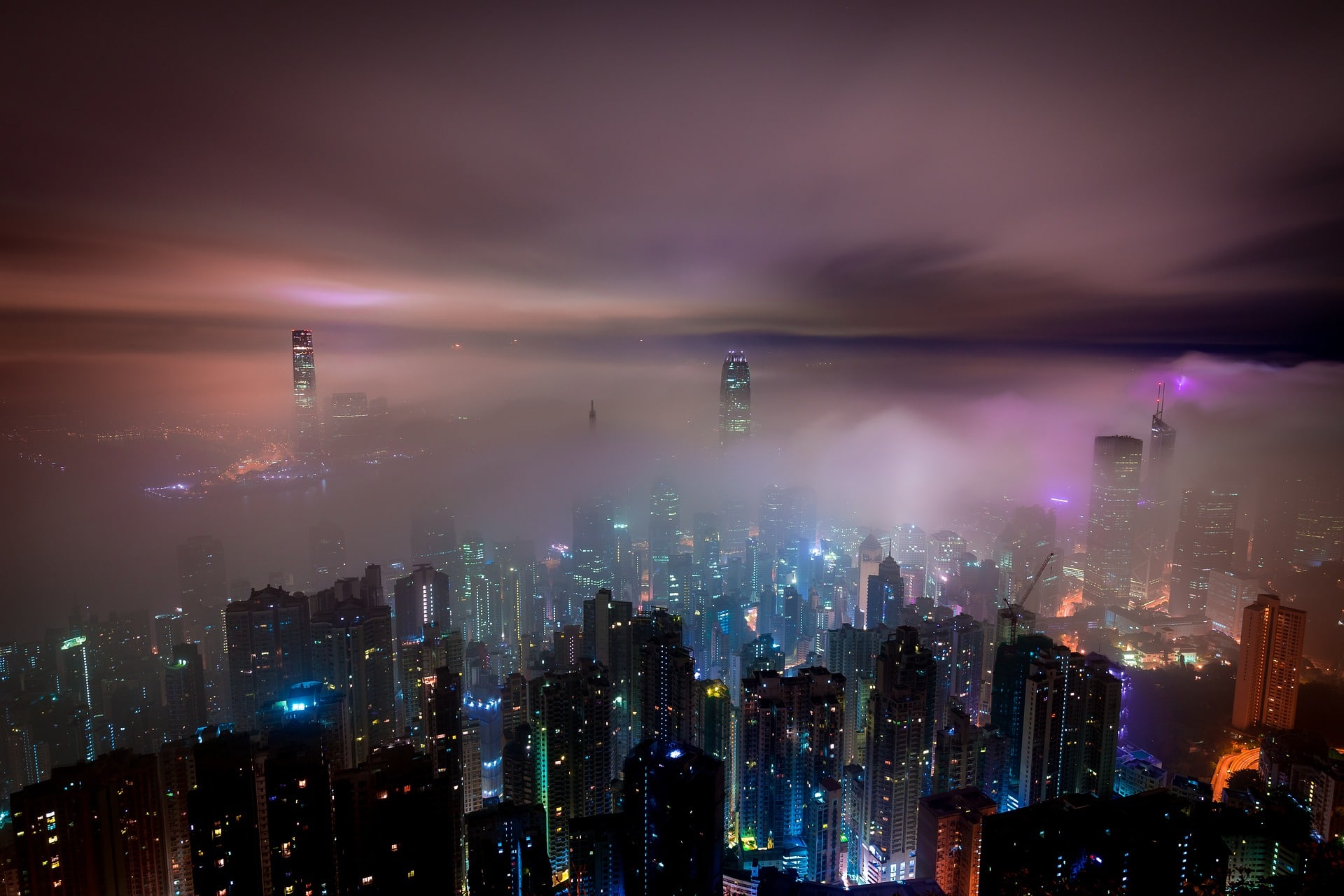