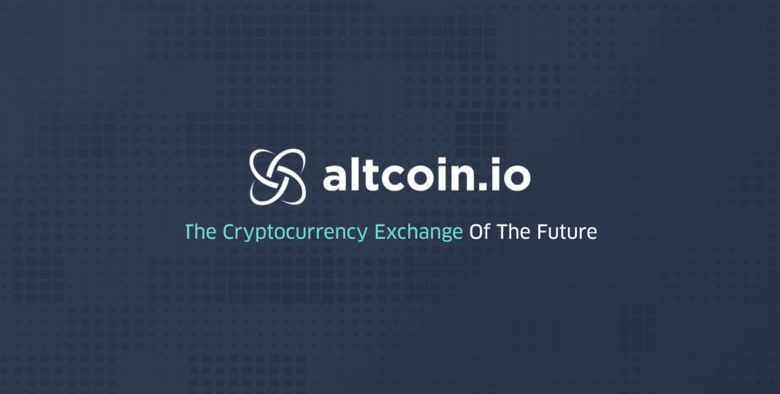 Altcoin.io, a decentralized exchange (DEX) and peer-to-peer trading solution, announced today that global investment firm BnkToTheFuture has acquired its technology to build a compliant platform for trading security tokens while allowing investors to maintain custody of their own funds.

“We couldn’t be more excited for BnkToTheFuture to pick up where we’re leaving off given their experience within the digital asset industry as well as their vision of tokenizing the world’s capital markets,” said Andrew Gazdecki, Altcoin.io CEO.

Security tokens are digital assets issued on the blockchain. Given their approved regulatory status, they can represent virtually any tradeable asset. BnkToTheFuture intends to utilize Altcoin.io’s technical advancements to capture this growing market.

To fulfill its promise, however, security token trading must operate within the bounds of a watertight legal framework, something upon which both Andrew Gazdecki and Simon Dixon, CEO of BnkToTheFuture, agree.

“Altcoin.io has an impressive list of technological achievements under their belt, but what set them apart was their commitment to working in tandem with this dynamic regulatory landscape,” said Dixon. “As the very first securities business operating within the crypto sector, we’re excited to expand upon our vision for the future of digital assets by acquiring Altcoin.io’s non-custodial trading technology.”

BnkToTheFuture, which has facilitated investments in high profile crypto businesses like Coinbase, Circle, BitStamp, BitFinex, Shapeshift, Ripple Labs, Kraken, and many others, already has a live secondary market for trading equity in the largest companies in crypto. What’s missing is the self-custodial trading engine to operate it in a non-custodial way, and this is where the relative strengths of each technology come into play.

Altcoin.io began building a decentralized exchange in 2017. Focusing on safety, speed, and usability, the team achieved some ground-breaking milestones on their path to better trading. They completed the world’s first Bitcoin to Ethereum atomic swap as well as developed layer-2 scaling solutions using Plasma and state channels. Since then, they’ve built upon their momentum through some high-profile hires and continued development of their trading platform.

“Capital markets are long overdue for an upgrade,” said Gazdecki. “Much of it still relies on paper and outdated tech, so they’re slow and inefficient. Blockchain technology now presents an opportunity to fractionalize traditionally illiquid assets to democratize the market and remove barriers to entry.”

“We’ve launched the BF Wallet, a security token wallet on iOS and Android, that allows investors to store their security tokens on their mobile device,” Dixon said. “We’ve been doing primary offerings in FinTech for nearly a decade. By acquiring Altcoin.io’s technology we’re ready to launch a non-custodial marketplace in 2020 where people can buy and sell security tokens integrated with the BnkToTheFuture Token (BFT).”

Dixon foresaw the disruption of financial products back in 2010, and to date, BnkToTheFuture has raised upwards of $750 million for various fintech companies. Although the security token market is in a very early stage at this point, Dixon believes it could be the biggest change to financial markets in decades.